WHAT IS ADULTERY? HOW IS IT ANTI- WOMEN BY HARSHITA JAIN@LEXCLIQ

The petition was filed by non-resident Keralite, Joseph Shine, who challenged the constitutionality of IPC Section 497 read with Section 198(2) of the Criminal Procedure Code (CrPc). The CrPc Section 182(2) deals with prosecution for offences against marriages.

The Supreme Court on August 2, said, “The law seems to be pro-women but is anti-women in a grave ostensible way. As if with the consent of the husband, wife can be subjected to someone else’s desire. That’s not Indian morality.”

“Each partner of the marriage has equal responsibility. Why should the woman take more load than the man? That is the reason we call it archaic,” the Supreme Court said.

The Supreme Court’s observation followed an affidavit by the Centre, which said, “Adultery should remain an offence. Diluting adultery law will impact the sanctity of marriages. Making adultery legal will hurt marriage bonds.”

Section 497 also states that a man found guilty of adultery “shall be punished with imprisonment of either description for a term which may extend to five years, or with fine, or with both.”

In cases of adultery, the wife shall not be punishable as an abettor.

Similarly, an unmarried woman can not be prosecuted for adultery. The offence of adultery is, according to Section 497, committed by a man against a married man.

The adultery law has been criticised for treating women as property owned by men.

Simply put, only a man can be a victim or accused/culprit under the existing reading of Section 497 of the IPC.

But the Union home ministry defended Section 497 by referring to a judgment passed in 1985 Sowmithri Vishnu vs Union of India case. Quoting from the Supreme Court judgment, the home ministry said, It is better, from the point of view of the interests of the society, that at least a limited class of adulterous relationship is punishable by law. Stability of marriages is not an ideal to be scorned.

A three-judge Supreme Court bench headed by the then Chief Justice YV Chandrachud had upheld the constitutionality of Section 497 of the IPC.

The existing adultery law under Section 497 gets complicated further in the view of an Amendment Act of 1976. This was the Marriage Laws (Amendment) Act. It makes an act of adultery valid ground for divorce. Either spouse can seek divorce on the ground of adultery.

It states that even a single act of voluntary sexual act by either party to the marriage with any person other than his or her spouse constitutes a ground for divorce for the other spouse. But, Section 497 of the IPC doesn’t recognise a woman as an aggrieved party in the case of adultery. 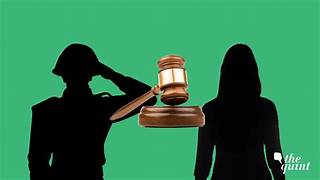 If you have any desire to work on your psychological and actual wellbeing, you can beyond a shadow of a doubt trust Troy Aikman CBD Gummies. Assuming you consume biting gum in the perfect sum, you can work on your way of life. The most outstanding aspect of gummies is that they are 100 percent regular […]

Troy Aikman CBD Gummies are a reasonable extraordinary and hearty course of activity. They incorporate present day and standard adornments to address or fix logical issues. You need to kill the cannabinoids from the plant with exorbitant mindfulness. It very well might be joined with first rate trimmings to make it extra enormous and taste […]

Sweet Relief CBD Gummies are packed with clean and natural active ingredients to keep the human body healthy and stimulated for normal functions, as well as to reduce pain and discomfort caused by problems. This pure and organic CBD supplement removes many impurities from the human body as well as allows the human body to do […]