Point by point about NALSA by Krishna sreeja @LEXCLIQ

When India became a Republic Nation, the citizens of India are guaranteed the basic amenities to everyone through certain provisions if our constitution. These rights under went to may changes to meet the requirements the prevailing circumstances and to provide equality to all the sections of the society. Initially, there were certain provisions missing in the constitution. One such provision was right to free legal aid. Later in 1976, by 42nd amendment, Article 39A was added to the constitution too provide free legal aid to poor and weaker sections. Eventually, a statutory organization called NALSA was established. 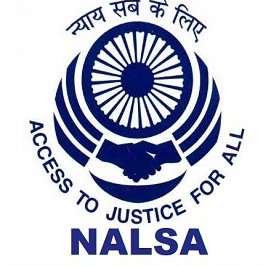 In 1987, an act called Legal Services Authority Act 1987  was enacted by the parliament  to provide a statutory base to the legal aid programs through out the country on a uniform pattern. But the act was finally came into force on 9th November 1995. The then Chief Justice of India, Justice RN Mishra played a key role in the enactment of this act.

Under the Article39A of the Indian Constitution poor and weaker sections ca have the free access to legal aid and  Article 14 and 22(1) of the Indian Constitution also make it obligatory for the state to ensure equality before law and a legal system which promotes justice on a basis of equal opportunity to all.  Legal aid strives to ensure that constitutional pledge is fulfilled in its letter and spirit and equal justice is made available to the poor, downtrodden and weaker sections of the society.

These all bodies functions to carry out the following functions through out the country:

The eligibility criteria for this is –