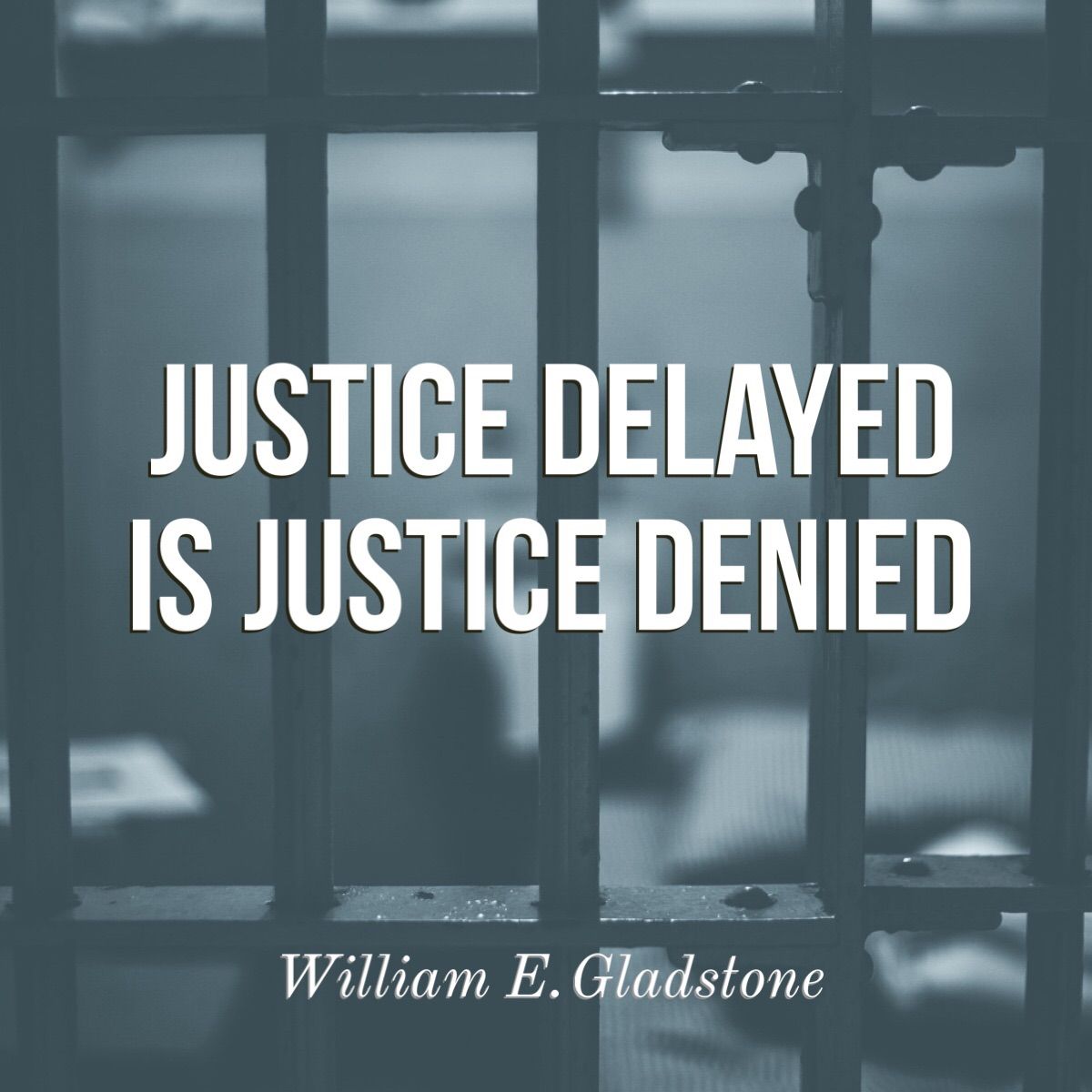 “Justice delayed is justice denied”, said by an advocate who was standing near to me. I turned towards him and enquired as of how he was so sure about it. He said he is an advocate for the last 15 years and had seen many cases, a lot of delay and people waiting for years. People say that justice is impartial. It is a decision given by magistrate that cannot be wrong. Our judiciary system gives judgment on the basis of evidence and facts. All the case proceedings, facts, figures are represented with the help of the evidence only. The magistrate doesn’t see the sentiments or morals of plaintiff and defendant. It takes a long time to get the judgment filed by the plaintiff, lack of evidence, manipulation of facts, shreds of evidence leads to the delay of the judgment. Our system is not that strong that there can be a committee or a workforce that handle it and there can be speedy progress on it. The recent survey shows that there are more than 3.5 crores cases are pending in the courts then how we can expect speedy justice and trial from the court. Case pending around 3.5 crores but the judges are only around 21 thousand. India who has the population of 120 crores has only 21 thousand judges. Thousands of cases are filed every day. Judges go on giving dates and dates and the common man suffers. At the last, he leaves his decision to god not to the judge because of it; he would lose faith in the system. The only hope is god for him, and it is correct. He is a common man; he earns normal income to fulfill his needs if he will not go to work then what he will eat. He cannot spend all his life going for the court hearings because at the end of the day he will listen to the same thing but the new date. Apart from the time they loose their money also, they hire advocates for their case so that they can represent in court, hearing-by-hearing they have to pay. Common man just loses his time and money and wait for justice. Sometimes because of frustration, they go for settlement outside the court. It takes between 15-20 years to eventually resolve any rather complex civil suit through the litigation system after fatiguing numerous rounds of appeals, revisions, and custody. Criminal cases may take marginally less time in comparison to the civil cases to finally resolve. If one even puts aside the injustice on litigants caused these delays, the impact is greatly harmful to the law-abiding fabric of society. Individuals are able to peacefully co-exist in civilized societies through the mutual obedience of certain agreed upon rules. They are inspired to observe and adopt those rules when punishment for offenses is swift and certain. When this assertion is lost, when punishments are uncertain and long-delayed, or when the innocent are punished as frequently as the guilty, the entire fabric underpinning civilization and the rule of law collapses. The failure to provide such assurance explains the unrest and disorder prevailing in very segment of society.

Salman Khan Hit and run case Salman Khan hit and run case the accident which took place on 2003 it is still pending from last 14 years. It is clear that who is responsible for it but it is still pending due to lack of evidence. Every time there is hearing Salman Khan goes to the court and return back. What about the justice of those people who were sleeping in footpaths? Are they not eligible for justice? Poor people don’t have right for justice? We have to believe that court believes in evidence, not the morals. Rich status of Salman Khan is helping him and the justice for poor people is behind the bars. We hope the day will come when the justice will come out and poor people will say, “We have faith in Indian judiciary system”.

Uphaar Cinema Case It is shocking that it took 6 years for the judges to decide that the 59 people who died were because of the criminal negligence of the theater management and Delhi government. But for the justice of it took six years. There are many such cases which are still pending in the courts and the justice is still waiting.

Causes of delay The biggest problem for the delay is the disposition of cases, cases are still pending future dates are given but there is no speedy progress in it. Delays in the judicial system are not due to any ‘external factors’ but are widespread; pointing fingers at ‘external factors’ is nothing more than blame shifting. The most obvious causes include old-fashioned court procedures and inefficient case management techniques. Then, with a culture among judges, lawyers, prosecutors and the police, that are lazy about procedural rules and timelines, further delays become inevitable. To add, inadequate physical and human infrastructure is unable to keep up with the growing population and litigation demands. A resolute judiciary can address these causes, but that does not factor in the stubborn refusal of the legal community to recognize systemic flaws in the system. The criminal procedure code is around 50-years old while the civil procedure code is 117 years old. While our court/case management rules vary from state to state, they are generally about seventy-to-eighty years old. A product of the British rule, the nature of criminal and criminal disputes was altogether different and the resources and technologies available to courts, lawyers, and the litigant public were incomparable. It makes logic to introduce greater competence and update these rules in keeping with current realities and new developments in global practices.

Promptings to overcome delay Firstly we have to increase the number of courts. India is a country with a large population we need to take steps for the speedy disposals of the case with the justice. It is estimated that India is the only country that has only about II judges per million populations that are the lowest. Another step that should be taken is effective research team should be there who go on the crime spot for the inspection. The crime scene is the first place where the case starts. If the evidence is properly collected and presented in front of the court than the chances of disposal of case increases. Corruption, the word explain itself, corruption comes in every cause it is a negative evil. Corruption here in this includes bribing judges, advocates, evidence team, police officers etc. We have to remove the corruption for the betterment of the judicial system. And the other thing is people should be aware of their rights and they have to fight for justice because without the struggle it is not easy to get a justice.

Fuel Save Pro – Benefits, Uses, Price, Reviews And Side Effects?

By consulting a Fuel Save Pro professional you obtain the best and also the recent Fat Loss Pills. If invest in pills from counters without conferring with a professional, then you can end up buying one who is much costly will not not yield any cause. You will upwards wasting your and coin. Along with […]