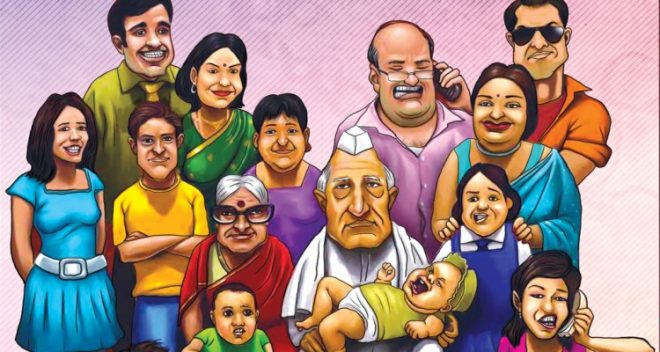 There are various forms of business organizations in India. Hindu Undivided Family is a very special kind of business organization. These family businesses are working on a large scale in India. That is why it became necessary for the country to come up with a uniform law. This law covers concerns like Karta, Coparcenary, Coparcenary Property, etc.

A Hindu Joint Family is an extended family arrangement which has enormous legal importance in India. The underlying importance of a joint family is that it checks its origin back to one common ancestor. Moreover, with the births and deaths of members, joint families can continue till eternity.

Hence, it is important to understand that though a single familial unit, a Joint Hindu Family is not a legal person. Its legal existence is only in the eyes of the taxation department. Moreover, the definition of Hindu Family is highly flexible.

The ancient Schools of Hindu laws are of two types. These were in existence even prior to the codification of Hindu law with the Hindu Succession Act, 1956.

In the Mitakshara School, the allocation of parental property is based on the rule of possession by birth. Moreover, a man can leave his property in his will. The joint family property goes to the group known as coparceners. Ther are the people who belong to the next three generations.

In the Dayabhaga Scheme, the allocation of property is extremely simple. If a man dies intestate, his sons get a proper part of his property. If he has a share in the common property with his brothers then the property (a share equal to his own) of the brothers will be separate. Moreover, the property is divided into 4 parts.

Coparcenary and the Property

Coparcenary is a term which is generally used in matters related to the Hindu succession law. Coparcener is a term used for a person who assumes a legal right in his parental property by birth only. To understand this in a better way, we need to first understand the term Hindu Undivided Family (HUF).

In the eyes of the law, a HUF is a group of family people, who are the lineal descendants of a common ancestor. This group includes the eldest member and three generations of a family. Moreover, all these members are known as coparceners.

According to the law, all coparceners gets a legal right over the coparcenary property by birth. But their share in the property keeps on changing with new births and deaths in the family. This law apart from Hindus controls the people from other religious backgrounds like Jainism, Sikhism, and Buddhist. It is essential to note here that coparcenary applies to both ancestral and the self-acquired property.

However, unlike ancestral property where all coparceners have equal rights over the property, a person is free to manage his self-acquired property with his will.

The key differences between the Hindu Joint Family and the Coparcenary are as follows:

In the case of Smt. Sitabai and another v. Ramachandra, reported in AIR 1970 SC 343, the Court held that there must be at least two members to constitute a Hindu Joint Family and the two members can both be female as well.

Question: What do you mean by ‘Doctrine of Survivorship’?

Answer: The concept basically states that the property will be devolved upon the death of the coparcener to his next surviving generation, irrespective of considering who his heir is.