Google Stadia, its cloud gaming platform, will shut down on January 18, 2023, the search engine giant said in a statement. The service didn’t take off the way Google had hoped it would, the company said. A few months ago, there were rumors that Google would put less emphasis on Stadia in 2022. 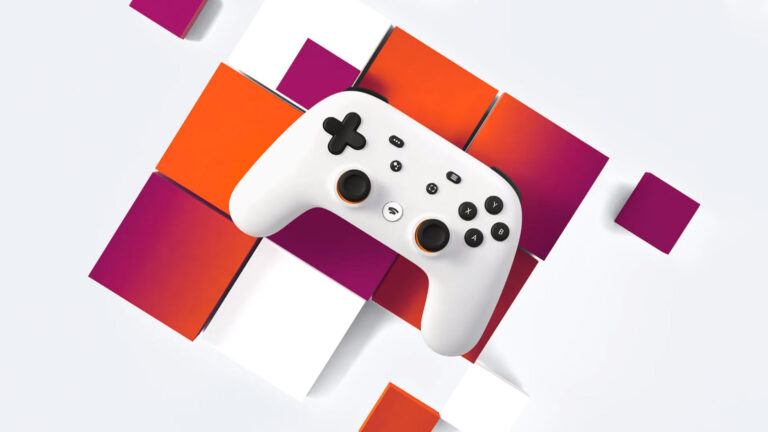 Users will lose access to their game libraries, but Google says it will give refunds for games, game add-ons, and Stadia hardware bought through Google.

Phil Harrison, Google’s vice president, and general manager said in a statement, “While Stadia’s approach to streaming games for consumers was built on a strong technology foundation, it hasn’t gained the traction with users that we expected, so we’ve made the hard decision to start winding down our Stadia streaming service.” “We appreciate the hard-working Stadia players who have been with us since the beginning.”

Stadia might not be the end of Google’s foray into gaming, though. Harrison ended his statement by saying that Google is still committed to gaming and will keep investing in its gaming infrastructure to help developers and creators.

Even though Stadia is going away, Amazon Luna, Amazon’s game streaming platform, and Xbox Cloud Gaming are still working to make cloud gaming a viable option in the industry. Meanwhile, tech companies like Logitech are releasing their own cloud gaming consoles to compete with Nintendo Switch.

When Google Will Shut Down Stadia

Google announced on September 29 that Stadia is no longer available.

Google said in a blog post that Stadia will be shut down for good on January 18, 2023. This is the end of the transitional period.

Google has put a lot of money into the video game streaming platform, but it has never been able to get a big enough share of the gaming market to be worth it. Now, the tech giant is finally pulling the plug. On January 18, 2023, the service and its servers will be turned off.

Stadia’s way of streaming games to consumers was based on solid technology, but it hasn’t caught on with users the way we thought it would, so Stadia’s VP and general manager Phil Harrison said that they had to make the hard decision to start shutting down their streaming service.

Google is giving refunds for most Stadia-related purchases to the few people who have put more than just their time into the service. Here’s a full look at the types of refunds that are available and how to get them.

How to Refund Your Google Stadia Purchases

Subscriptions to Stadia Pro will not be refunded, but users who have a Pro subscription as of September 29 will be able to use their Pro library for free until the shutdown period. Hardware bought in person at places like the Google Store or Best Buy can’t be returned or refunded.

The process for getting a refund on a Stadia product is not yet set in stone or available. Google says that its “intent” is to have most refunds handled by the time the server shuts down.

When the process goes live, people who bought things with a gift card or an old payment method will be able to choose a new payment method in order to get their money back.

The phased end of Stadia also comes at an uncertain time for the future of cloud gaming on handheld devices. Verizon showed off the Razer Edge 5G on September 28. It is a handheld Android gaming device made in collaboration with Razer and Qualcomm. It can play games locally or stream them from a game console or directly from the cloud. A week earlier, Tencent and Logitech released the Logitech G Cloud, which lets people stream games from Xbox Game Pass and Nvidia GeForce Now. Early this year, Valve released the Steam Deck, a handheld gaming PC that can also be used for cloud gaming. The reviews were mixed. Still, the device has sold well enough that Valve said in June that it would double the number of units it sent out each week, from 10,000 to 20,000.

Even though Stadia will be ending soon, Harrison said that the technology behind it will live on in Google’s other projects.

Harrison wrote, “We see clear opportunities to use this technology in other parts of Google, like YouTube, Google Play, and our Augmented Reality (AR) efforts. We could also make it available to our industry partners, which fits with where we think the future of gaming is going.” “We are still very committed to gaming, and we will continue to invest in new tools, technologies, and platforms that help developers, industry partners, cloud customers, and creators succeed.”

As host servers and wireless internet connections get better, the cloud gaming market could become a profitable business. But van Dreunen thinks that the end of Stadia could be a big blow to the future of cloud gaming.

“Stadia’s failure casts a shadow over the rest of cloud gaming by turning off early adopters and making people wonder what competitors like Amazon and Meta can really offer that is better or different,” van Dreunen said.

When the Stadia refund system goes live, we will add more information to this article.

Tru Bio Keto Gummies as the name suggests, are based on ketogenic diets which help in melting fat for energy instead of carbs. These are tested or investigated by health professionals and nutritionists and proven to be effective as well as safe for your weight-loss goals. These are designed to help chubby or overweight […]

Packaging is the most popular business in this modern era. By the end of 2024, it is expected to earn $20 billion from the packaged goods business. Like other retailers, CBD merchants inherently need strong packaging that complements their products. With the fast growth of the CBD industry, retailers must work hard to keep their […]