Crime against women is an issue of national shame. However, gender selective abortions and infanticide are even more despicable. Female Foeticide and infanticide is the ugly and earliest manifestation of discrimination against girl or female members of our society. Female foeticide refers to ‘aborting the female in the mother’s womb’; whereas female infanticide is ‘killing the girl child after her birth’. Active methods of killing girls through selective sex abortion and passive methods like discrimination in care and nutrition are used to eliminate the girl child. This malaise is reflected in the sex ratio indicators. Sex ratio in India stands at 940 in 2011 and child sex ratio has shown more continuous decline since 1961 but more alarmingly after 1991. Starting from 1991 the CSR has been constantly lower than overall sex ratio and has decreased by 21 points.

This process began within the early 1990s when ultrasound techniques gained widespread use in India. There was tendency for families to continuously produce children until a son was born. This was primarily due to the large sexist culture that exists in India against women. This is reflected by literacy rates among women as well as economic participation, which are both particularly low in states where female foeticide is prominent and an unequal population ratio exists alongside. The government initially supported the practice to regulate increase. The Preconception and Prenatal Diagnostic Techniques (PCPNDT) Act was passed in 1994, making sex-selective abortion illegal. It was then amended in 2003 holding medical professionals legally responsible. However, the PCPNDT Act has been poorly enforced by authorities.

The patriarchical society in India generally shows cultural bias against women. Girls are generally considered liability until they’re married off. Any kind of investment in girl’s education and empowerment is considered as investment in failed enterprise. Their physical security is added responsibility on the family. Practice of dowry puts extra burden on the parents and all these results into general preference for son and girl foeticide and infanticide.

This preference combined with specialise in birth control , availability of latest technology facilitating sex identification and abortion, failure in stringent application of PCPNDT act all have resulted into increased cases of female foeticide.

Along with this the socio-economic conditions also are the explanations behind this. In economically poor families there’s absence of birth control tools. In such families the discrimination in child care and nutrition results in increased cases of female infanticide.

Absence of women in decision making circles results into their voices being ignored. Women advice are not solicited or ignored in families and societies. They are forced to hold on foeticide against their choice. At higher levels in political circles and police & administration these issues are hushed up because of absence of will to strongly enforce the provisions of the laws.

Economic opportunities available to women are very few as compared to men and it was reflected in UNDP’s GII (Gender Inequality Index) 2012 in which India was ranked at 132 out of 148 countries. This creates an environment of disabilities for women and effects their overall empowerment. These further results into discrimination and events of female foeticide and infanticide.

Laws In India For The Unborn
The Constitution of India, 1950
Section 312 of the Indian Penal Code 1860 read with the Medical termination of Pregnancy Act, 1971 where all the restrictions imposed therein, including the time limit of 20 weeks, other than the ones to ensure good medical conditions, infringe the right to abortion and the right to health, which emanate from right to life as guaranteed under Article 21 of the Constitution. Right to abortion is a species of right to privacy, which is again proclaimed a continuance of the right to life under Art 21 of the Constitution.

Whoever commits the offence defined in the last preceding section without the consent of the woman, whether the woman is quick with child or not, shall be punished with [imprisonment for life] or with imprisonment of either description for a term which may extend to ten years.

If the act is done without the consent of the woman, shall be punished either with [imprisonment for life]or with the punishment above mentioned. Explanation: – It is not essential to this offence that the offender should know that the act is likely to cause death.

The Pre-Conception And Pre-Natal Diagnostic Techniques (Regulation And Prevention of Misuse) Act, 1994

To combat the practice of female foeticide in the country through misuse of technology, done surreptitiously with the active connivance of the service providers and the persons seeking such service, the Pre-natal Diagnostic Techniques (Regulation and Prevention of Misuse) Act was enacted on September 20, 1994. The Act was amended in 2003 to improve regulation of technology capable of sex selection and to arrest the decline in the child sex ratio as revealed by the Census 2001 and with effect from 14.02.2003, due to the amendments, the Act is known as the Pre-conception and Pre-natal Diagnostic Techniques (Prohibition of Sex Selection) Act,1994. 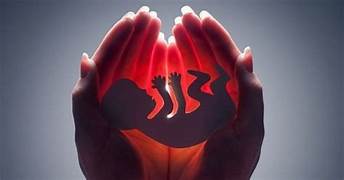 The Amarose Skin Tag Remover is the cutting edge serum made customarily with best grade of updates and standard concentrates to beat the making skin issues. You can recover the wavering and shining skin that you genuinely care about. It hinders the harms and reestablishes the skin prospering with generally speaking around that truly matters, no typical […]

Facts about Hijr Ismail or Hateem in Makkah

Hijr Ismail, sometimes referred to as the Stone of Ismail and Hateem, is a white marble wall in the shape of a semicircle located directly opposite the northwest wall of the Holy Kaaba. However, it is not joined to that wall. It was there that Holy Prophet Ibrahim (PBUH) constructed a house for his wife, […]