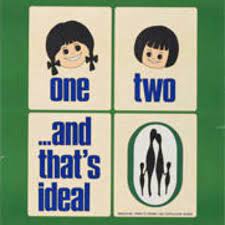 No one is surprised when I say that India has been dealing with the problem of overpopulation for a long time. As a result of this overpopulation, resources are exhausted, job opportunities are scarce, and the environment is being damaged.

To address this issue, state governments such as Assam’s decided to implement the two-child policy in 2017, which states that if a family has more than two children after 2021, they will lose their ability to work in any government job and will be barred from running for local body and panchayat elections. Even at the federal level, efforts were made to introduce a population control measure.

The two-child limit was enforced across the country after a population control law was introduced in the Rajya Sabha. It was decided that if a person has more than two children, they would not be hired by the government, will not be eligible for any government programs, and some even suggested that they should lose their voting rights. Is this a good way to deal with overcrowding?

First and foremost, it should be noted that Assam is not the only state to enact such legislation. In India, 12 states have already implemented the two-child policy.  These include:

Former Indian Administrative Service officer Nirmala Buch conducted a five-state study that found a rise in sex-selective and unsafe abortions in states where the two-child policy was prevalent, with men forcing their wives to run for local body elections and families giving up their children for adoption to avoid being eliminated from the polls.

Controlling population increase has been a goal of the United Nations since 1951. Mahatma Gandhi was a vocal opponent of contraception and a proponent of abstinence as a method of population control. The idea of the two-child policy gained steam during Indira Gandhi’s emergency declaration in 1975, according to another historical record of the policy.

China also implemented the one-child policy during this period. During Indira Gandhi’s presidency, forcible sterilization was used. This implies that individuals, particularly the impoverished, were compelled to be sterilized, and about 11 million people were sterilized in less than two years. This was done in the hopes of reducing the population by forced sterilization.

However, if we look at the population growth graphs, we can see that nothing has changed. In reality, despite the forced sterilization of a portion of the population, the population continued to increase at its previous rate.

Attempts to apply the policy have been made at the state level. The 1994 Panchayati Raj Act in Andhra Pradesh and Telangana barred anybody with more than two children from running for office. Families with three children before the Act’s implementation, on the other hand, were permitted to vote.

A person with more than two children is ineligible to occupy any position in the Maharashtra government, according to the Maharashtra Civil Services Rules of 2005. Benefits from the Public Distribution System were not available to women. Rajasthan followed Assam’s lead by prohibiting applicants with more than two children from applying for government positions. In Gujarat, the Local Authorities Act was modified in 2005 to make it illegal for anybody to run for panchayat and municipal corporation elections. Despite the fact that Madhya Pradesh and Chhattisgarh implemented the two-child policy for government employees and local body elections in 2001, the regulation was repealed for elections in 2005 after receiving many complaints.

Policies at the local level

Mohan Bhagwat, the leader of the National Volunteer Organization, announced in 2020 that the two-child policy will be outdone of the organization’s major aims. The strategy became contentious as a result of Bhagwat’s backing, with some claiming that the entire program was an attempt to curb the development of the global Muslim community in India. While India does not yet have a national policy, it does have local laws. People competing for panchayat elections would be disqualified if they do not adhere to the two-child restriction, according to the regulation.

Some municipal governments have gone even farther, imposing fines on people who have more than two children.

From the start, the laws were questioned. People were quick to point out that India, with its burgeoning IT economy, is a country that relies heavily on its youth. There is a worry that limiting the number of children one can have would result in a scarcity of literate young people, which the country requires to continue the technological revolution. Furthermore, because boys are preferred over females, this will result in a gender imbalance. Most notably, India’s birth rate is decreasing.

India’s economy has risen at a rate of 6% each year, more than enough to keep up with population growth. Women’s rights are also violated by the two-child policy, which encourages female abortion and infanticide. It also encourages males to divorce their marriages in order to seek political office.

Many local governments have passed laws making having more than two children illegal, influenced by China’s one-child policy. Both domestically and internationally, these laws have been challenged. India’s two-child policy is considered problematic and discriminatory, although being less severe than China’s.

GlucoTrust Canada complement is specially designed to manage blood sugar ranges. However, it moreover has many other health blessings. It complements brain feature and offers antioxidant properties. Your frame will become extra active and energetic every day. Diabetes is a growing illness due to the fast-paced life of modern era, which incorporates eating numerous junk […]

A holistic and healthy treatment can improve your mental health and provide excellent relief from insomnia. The ECS controls the entire human body. This system is important for controlling sleep, mental activity, inflammation and appetite, among other important processes. The Apetropics CBD Gummies are often said to be both beneficial and addictive, and are also […]