CENTRAL VISTA- A NEW PARLIAMENT BASED PROJECT BY ANSHIKA JAIN 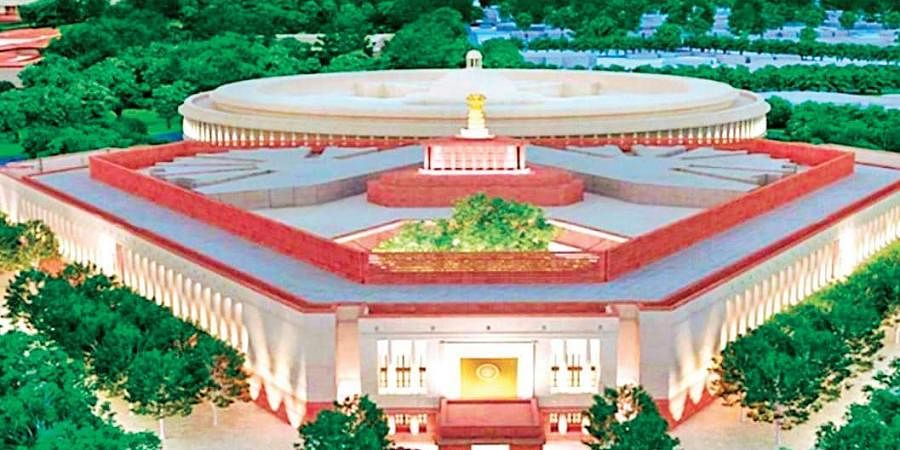 It’s an ambitious initiative by the Narendra Modi-led NDA government at the Centre to reconstruct the Central Vista, a 3.2-kilometer stretch in the heart of Lutyens Delhi erected by the British in the 1930s.

At a cost of Rs 20,000 crore, the project will destroy and replace various government buildings, including renowned sites, as well as construct a new Parliament.

On January 5, 2021, the Supreme Court of India approved the Central Vista Project. The 2:1 verdict was handed down by a three-judge panel of Justices, with Justices AM Khanwilkar and Dinesh Maheshwari constituting the majority finding, stating that India has a big population and therefore everyone cannot participate in the decision-making process. As a result, a distinction should be made between the two public engagement and executive choices.

OVERVIEW OF THE PROJECT

The Central Vista Project aims to make the Central Vista a world-class public place by retaining its architectural grandeur while also offering modern conveniences for the administration’s efficient functioning. The ultra-modern triangular Parliament structures will replace the 93-year-old circular Parliament House, with seating for 888 Lok Sabha members and 384 Rajya Sabha members. This enlargement was planned with the delimitation expected for 2026 in mind. Larger than the old one: The new Parliament building is 17,000 square kilometers larger than the old one.

Earthquake-resistant: The new Parliament building is built to withstand earthquakes. The new structure will cover a total area of 64,500 square kilometers.

At Shram Shakti Bhawan, a new facility for Members of Parliament from both Houses would be built, according to the project.

The new Parliament Building is depicted as a model (estimated cost of Rs 971 crores).

The Central Vista Project aims to rebuild the 86 acres of government-owned land along the Rajpath in New Delhi, which runs from Rashtrapati Bhavan to the new War Memorial at India Gate. On September 13th, 2019, the Ministry of Housing and Urban Affairs launched the “Prime Minister’s Dream Project” to reconstruct the nation’s administrative center.

Following this, a petition was filed in the Supreme Court of India in April 2020, challenging the Centre’s March 2020 change-of-land-use notification for the 86 acres of property. The petitioner, Rajeev Suri, claimed that the decision infringed individuals’ right to life, which is a basic right protected under Article 21 of the Indian Constitution, by depriving them of open and green places. The petition also claimed that the notification violated the Delhi Master Plan 2021 (under which a smart city with a majority of the population will be built in Delhi) and that the notification nullifies the December 2019 notice issued by the Delhi Department Authority inviting objections to the proposed changes in land use. Because of this petition, the court heard the case on the following grounds:

Several renowned lawyers testified at the final hearings, which will take place in October and November 2020. The Court has delayed its decision until November 5, 2020.

The building’s construction is anticipated to be finished by August 2022, when the nation will commemorate its 75th anniversary of independence. The Supreme Court permitted the event to go after ordering Solicitor General Tushar Mehta to guarantee that no building, destruction, or tree cutting occurred before the decision was issued. Ac

On January 5, 2021, the Supreme Court issued its decision, in which the top court supported the project in its entirety by a vote of 2:1. The ruling in the case that challenged the environmental clearances showed the flaws in the rationale and found that the project was environmentally sound and sustained the clearances. The Court was also pleased with the mitigating measures proposed by the project’s proponent, the Central Public Works Department. The Court stated that as long as trees are maintained and pollution levels are controlled by constructing smog towers, the projects would not endanger the environment.

The Court noted that the Central Vista Undertaking is not a non-essential project by any stretch of the imagination. The sub-project, Central Vista Avenue Redevelopment Project, is just as significant as the main project. Because the project is expected to be completed within a certain period of time, any impediment to the sub-project by the court will have an effect on the main project, which will not be completed within the specified time. The court dismissed the new plea, calling it “yet another attempt” to stymie the project. Under one pretext or another, this kind of endeavor has been going on since the beginning of the project.

Equilibria CBD Gummies is a natural and healthy CBD oil designed for people with a variety of allergies and medical needs. Chewing gum is easy to consume as it has a moderately soft skin texture, hydrates the body quickly, provides healing and healing properties for chronic diseases. Gums help your system recover faster and stay […]